Rare, guys, rare to have a show that keeps up the pace nearly 30 episodes in. By the way, Lan Ling Wang is supposed to have 46 episodes in total, which means I will likely be writing another recap post in a few weeks. WHY SO ADDICTIVE, SHOW? Antagonist who we are supposed to hate, Gao Wei (the crown prince), is good at making us feel sympathetic to him. The actor who plays him is damn good. 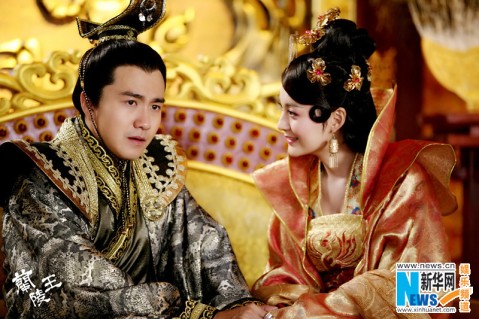 Two evil antagonists, the Crown Prince and Zheng Er. But how come I can bring myself to hate him? 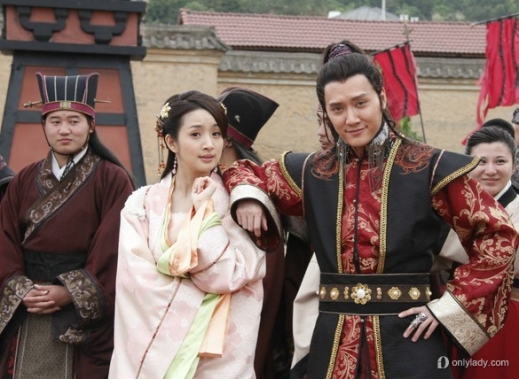 I sense another drama-crack in the works

I love this series! There’s heartwrenching moments like Xue Wu and her granny, but more so, surprisingly hilarious ones. Ariel Lin brings out the multidimensional parts of her character; Xue Wu is clever, sweet to kids, compassionate, clumsy, and all round lovable. 7 reasons to see this show:

1. characters are refreshing and I love Ariel’s engaging portrayal of Xue Wu

2. even though Feng Shao Feng isn’t my ideal ‘China’s most beautiful general’, he’s good at expressing emotions via his eyes, which his other contenders can work on

3. clocking in at about 40 minutes per episode,  and it keeps you on your toes: ugh. what happens neeeextttttt?!

4. there’s a TON of funny and endearing moments, details of the story and the funny antics between Ariel and FSF that sells this show 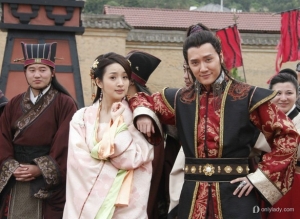 5. even the enemy generals and emperors are adorable, well, after they are menacing. My favorite supporting characters (antagonists): Yu Wen Sidekick, Yu Wen Hu, Qi crown prince, Zhou general…. the list goes on. 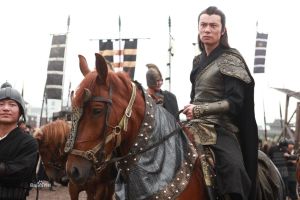 I love this guy! he’s loyal to the king and a hottie

6. Zhou emperor (played by Daniel Chan) is a total sweetie when he’s with Xue Wu and his daughter

forgive me, I couldn’t find a good pic of him in costume 😛

7. The gorgeous cinematography and pacing! One rare period drama that does not get boring or draggy (yet).

For me, I thought King of Lan Ling did start off a bit typical and eventless, but the first 2 episodes did set up the series pretty well. I remember skipping over all the Zhou palace scenes but somehow all the characters (plus the side characters) eventually became very interesting and I haven’t skipped an episode since!

A prophecy foretold that victory goes to the one who has the priestess’ blessing. Yang Xue Wu, the last priestess of her clan, unwittingly embroiled in a war between Northern Qi and Northern Zhou. Although she foresees the tragic fate of Lan Ling Wang, the general of Northern Qi, she nonetheless falls in love with him and helps him win the war against Yuwen Yong, the king of Northern Zhou. But can destiny be altered?