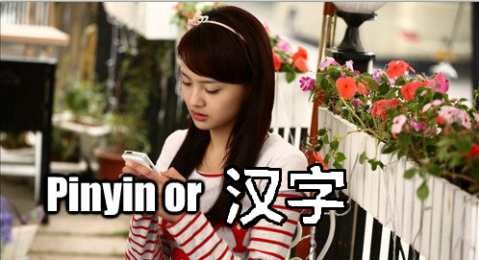 When I introduce Chinese or Taiwanese dramas, I use pinyin (romanicized) because I want to make the content avaliable to readers who cannot read Chinese characters. I’m talking about Chinese movie/television titles and actor’s names, but this applies to Chinese sayings and slang. “Translating” these characters into pinyin format makes them lose a part of their original meaning, no matter how well you can translate them. Here’s why pinyin is not what most Chinese people prefer to use. END_OF_DOCUMENT_TOKEN_TO_BE_REPLACED 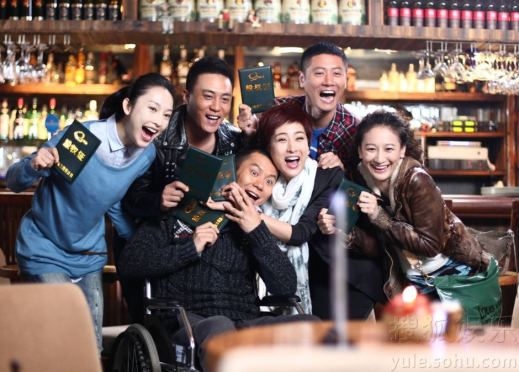 In a nutshell: It’s Gentlemen’s Dignity crossed with Huan Zhu Ge Ge, double dipped in a coat of Who Controls My Youth. In other words: Beijing Youth has fantastical bromance, a roadtrip adventure, and lots of clever, laugh-aloud moments, with some deeper moments of reflection of self to boot.

Keep in mind that the Chinese television industry is still new to modern Chinese serials. When Who Controls My Youth aired in 2008 with well-carved characters and entertaining dialogue, I thought Chinese modern tv series has reached the pinnacle of its brilliance. Anyways, Zhao Baogang is awesome because he decided to treat us Who Controls My Youth fans with an equally smart followup. Occassionally, the story goes melodramatic with relationship crisis and tend to over-emphasize the protagonist’s need to reclaim his youth, but the overall message of the story is inspiring. 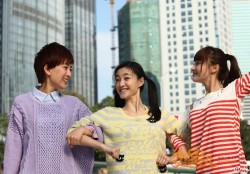 Beijing Youth premiered on August 16, 2012 in Beijing TV, Tianjin, Zhejiang, Oriental, Anhui. This drama is directed by Zhao Baogang, and focuses on four cousins ​​born and raised in Beijing, who share a family background, but with different personalities and ambitions. Zhao Baogang considers Beijing Youth the third of his “Youthful trilogy” which included cdrama hits like “Struggle” and “Who Controls My Youth”.

The Story: Each of the 4 cousins names are literally translated as cardinal directions, from eldest to youngest: He Dong (Li Chen), He Xi (Ren Chong), He Nan (He Gang), and He Bei (Du Chun). The first episode gets off with an bang. The eldest, our protagonist He Dong decides to dump Quan Zheng on the day they were to finalize thier marriage certificates (this is how they make marriages official in China). To make things worse, He Dong gives Quan Zheng a ridiculous excuse why they cannot get married. The fiancee is just as baffled as the audience. You want to do what? He Dong said he wanted to “revisit his youth”. Turns out, He Dong hasn’t been a happy camper these years after graduating from college and landing a good job. He was a guy, like many other youths in China, who had parents tell him what he should major in and determine the job that he should get to succeed in life. He didn’t have a choice. To dump his fiance, in his mind, was a way to rebel from his controlled life.

But…It’s not as easy as He Dong thinks it is to get rid of his filial obligations because OF COURSE mom and dad get mad. Plus ex-girlfriend isn’t over him yet, and tries to win He Dong back. Then our protagonist drops another bomb on the family. He Dong actually resigns from his cushy job as a civil servant to explore across China, beyond the life in Beijing. Meanwhile Xi, Nan, and Bei – his 3 younger cousins – all run into their own problems and want to “relive their youth” too. So all of them set off on a roadtrip and finding love along the way, they reach the southern port city of Shen Zhen where they began searching for the paths they truly want to take in their lives. 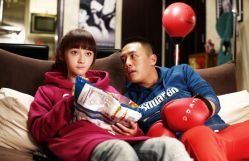 Reasons to Watch: What I like about this series is the juxapostion that Beijing Youth explores – ideal vs reality, normal vs crazy, love vs desire, filal obligations vs individual self, and finally, lighthearted vs philosophical. Du Chun and the rest of the leads each brought stellar performances to the table. Almost every character’s dialogue brilliantly fit their personality. If anything, the story is hilarious and witty! 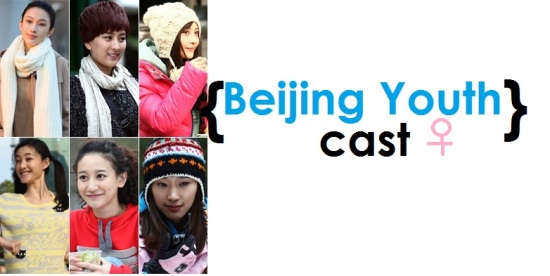 It is fascinating that four cousins’ stories are related in some way, and take turns unfolding. Of course the ladies of this show are apart of the fun too! Quan Zheng (played by Ma Su) is He Dong’s ex-fiancee who doesn’t give up on him even though he pulls a douchebag move on her. Quan Zheng is a professor who is quite accomplished academically and careerwise. What I liked about her the most was her change from a clingy girlfriend to a powerhouse woman who can stand up for herself. Ma Su made the character development on the character well. I was rooting for Quan Zheng when she tries again and again to mend the gap between He Dong and herself. QZ grows on you as she changes herself, first for the sake of He Dong, then for herself.

He Xi, #2 cousin, has a complicated lovelife. At first he is enamoured of a gorgeous psychatrist with a past. She is Ding Xiang (played by Zhang Li). This icy princess type of girl continuously pushes him farther away, and he becomes entangled with a responsibility, which inevitably turns into love (abeit ambiguious), for another girl when he rescues her in Yantai, the capital of Shandong province, where the group stayed on their adventure. This second girl that He Xi meets is Ren Zhiliao (played by Wang Li Kun). Ren Zhi Liao has the mentality of a child after a traumatizing betrayal from her previous boyfriend, who is never shown on the show. He Xi takes sympathy on RZL, so he convinces the group to help take care of this girl while they embark on their roadtrip…

He Nan, #3 cousin. Are you keeping up? He Nan just came back from studying overseas in Canada (or was it America). This guy is pretty darn naive… about everything, girls, love, and business. He Nan is the creative cousin who designs a glorified walking cane. He wants to sell it and earn enough to make a living back in China, except he is swindled by many companies and fake representatives of companies. Devastated, he joins his cousins in their roadtrip. Meanwhile, his wealthy, Chinese-overseas “girl friend” Ye Tan (Zeng Yong Ti) who secretly likes He Nan.

Almost done!! Let me introduce He Bei, the youngest cousin, #4! His story is the funniest and I love his sense of sarcastic, little bro sense of humor. Whereas, his girlfriend, Tang Jiao (played by Yao Di) who is a character I initially despised the most. She is a very controlling girlfriend. Everytime her boyfriend He Bei does as much as talk to another girl, Tang Jiao gets crazy. Though, as you will see, Tang Jiao becomes more emotionally secure in the latter episodes, so she becomes a much likable character in the series.

My favorite characters are definitely all the “brothers”, fiancee Quan Zheng and mentally-unstable Ren Zhiliao. Ren Zhiliao’s character is so well-written and adds so much comedy to Beijing Youth! I just love her. Beijing Youth is an enlightening, growing-up story about Chinese youth trying to figure out their aims and life amidst everything else, ya know, pressures of society.

You can watch Beijing Youth on Youku, with little commercial interruption.

Here’s a quick review in Chinese: