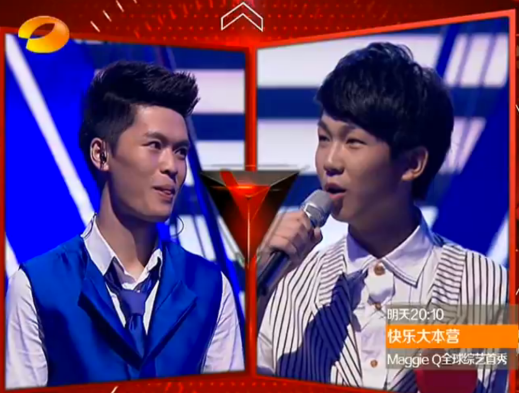 Welcome back to another week’s recap of Super Boys! To see the last one, where the Super Boys compete for eight spots: go here. 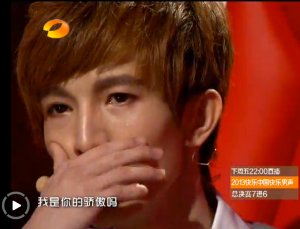 Whose singing made Guo Jing Ming (v-god) tear up? 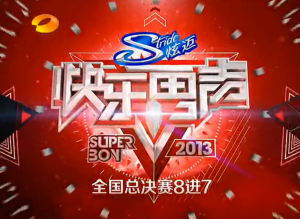 Watch and Follow along with this recap at: http://www.letv.com/ptv/vplay/2096593.html 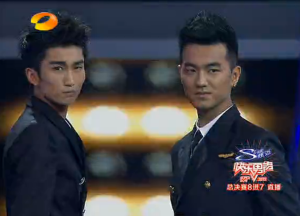 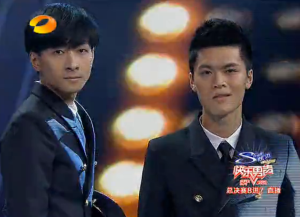 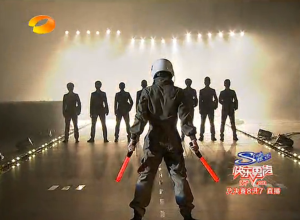 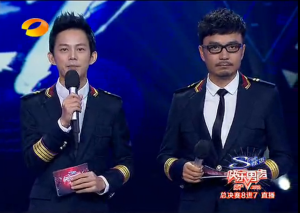 Friday’s guest VIP judge a.k.a. v-goddess (well in his case, v-god) is none other than China’s high-profile contemporary writer and entrepreneur Guo Jing Ming. Although the 4-feet Guo isn’t much eye candy as Fan Bing Bing, let’s anticipate what he’ll bring in terms of commentary. 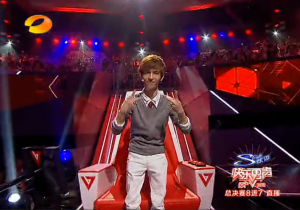 So the first pair to compete – is Yu Tian and Rao Wei. 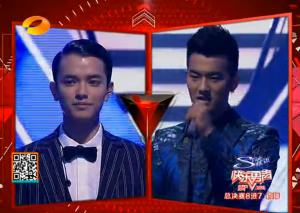 Here’s what is different in today’s round, as there are always new surprises: the parents or relatives of the Super Boys are brought to see their child perform.

Yu Tian sings “Crying Men isn’t a Crime” with all his heart and soul. He tears the stage into pieces in this one. Similarly, Rao Wei performs the simple “You Are so Beautiful” with such elegance and a marked improvement from you.

The next group is – Zuo Li and Zhang Yang Yang. 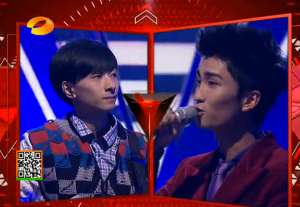 Zuo Li performs an original piece dedicated to his mother, called “Today is Your Birthday, Mom”.

This small-town Xinjiang boy who graduated from police school (Zhang Yang Yang), I remember, didn’t wow me at all back in Top 20. I guess a lot of Super Boy viewers thought the same way. It was due to his stick figure appearance (so lanky) and baby face. But after hearing him sing his nice love songs and paying attention to him more, the more ZYY seems suitable to become an idol (and he looks a bit like Taecyeon). Just a bit. I forget the name of what he sang, but it was pretty good.

Ok let me take you to the results! Zhang Yang Yang goes to Top 7. WOOHOOO 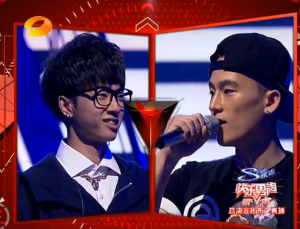 Ou Hao mainly does rapping and Hua Chenyu (alien boy) does mainly English pop songs, but with a crowd-pleasing twist.

Both guys are super confident on stage, which is why it is difficult to predict who will emerge as the winner here. On one hand, Ou Hao has always won the hearts of the judges with his confident rapping, although it is never anything special. Hua Chenyu, on the other hand, has very high popularity with the fans for his ‘very weird gestures’ but also ‘stage-shattering’ performances.

Well this time Ou Hao gave a largely underwhelming performance of Taiwanese mixed-rap song “Ai Cai Neng Ying” for his mother. But apparently Tao Zi really liked it: “your Taiwanese sucks so bad but I think you sang it soooo well!” HAHA

Hua Chenyu in his VCR: Actually I’ve never left home, but I feel home is far away from me. He sings “My Dear Child” and he is the only boy without parents coming to watch him perform on stage. 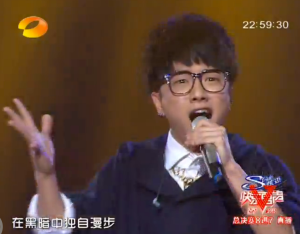 OMG SO GOOD. Even though his other performances were quite good, I think this,  hands-down, was my favorite out of the bunch. The judges all stood up to clap for him.

I almost didn’t dare take a screenshot of him singing – every screenshot looks straight out of a horror film. But when you watch his live perf, you’ll understand his awesomeness. He’s very likeable.

Wow haha the first time Ou Hao got a taste of ‘to-be-determined’. Needless to say, Hua Chenyu goes into Top 7.

The last group – Chen Kun’s personal favorites – and mine too – Bai Ju Gang and Ning Huanyu. Netizens have dubbed this pair from Chengdu preliminaries, the “Fish Tank Couple”, owing to their bromance and a play on their respective names. 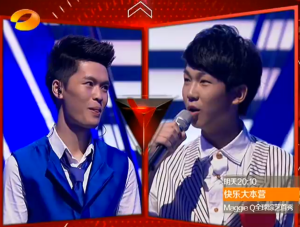 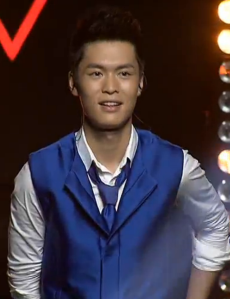 Bai’s voice is getting to a point where he can’t sing a song without breaking his voice. He performs “Dear Father”, which, wasn’t very good considering the condition of his voice. Nevertheless, Guo Jing Ming teared up uncontrollably.

Ning goes for “Everyday I’m Thinking of You”. 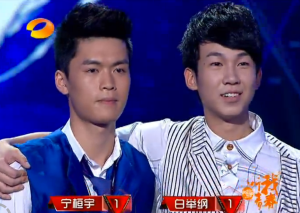 At first the judges gave 2:1 in favor of Bai Ju Gang, but then Guo Jing Ming, having won enough votes to decide to cast his vote, changing the tide to 2:1 in favor of Ning Huanyu. 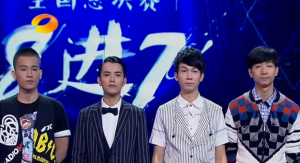 These are our to-be-determined fellows.

Zuo Li is decided by the judges to have the weakest singing out of the four. So he challenges Rao Wei (aw poor Rao Wei) to do the final battle. I say, poor Rao Wei, because the guy is always chosen as final PK; he’s done this at least 3 times. 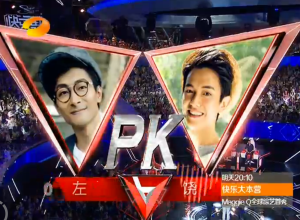 Zuo Li and Rao Wei proceed to give us some of the most amazing performances of Super Boy yet. So impressed.

But alas, Zuo Li is eliminated, although the votes were super super close.