You are about to get an introduction to the wonderful strange world of jdrama.  Mind-boggling, life-altering, works the human mind…surely these praising comments aren’t about story with incest, a man-pet, a witch teacher or a frightening psycho who runs a game show. Well, maybe they are. Oh, and if you still can’t distinguish Japanese TV series from Chinese and Korean productions, go here. *edit: took out Kimi Wa Petto & made an adjustment to the title

1. Secret is about a mother who uses her daughter’s body to make love with her husband. That’s not something you see on tv everyday. 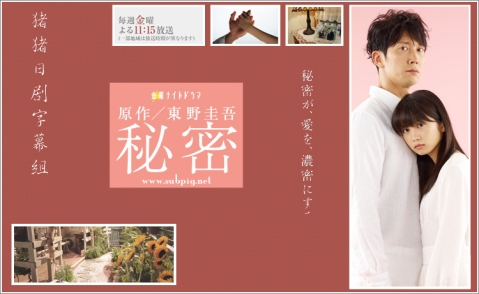 Well…The story involves a married couple, where the wife dies but her spirit ends up inside the couple’s daughter (Shida). That makes it a little better right? At least you know she doesn’t do it on purpose.

The powerful performances by Shida Mirai and Kuranosuke made this series so addictive but tear away at your guts. A normal family literally rips apart after a strange train accident which leaves the wife dead and the daughter in a coma. When the father arrives at the hospital, his daughter wakes up and tells her she is his wife…

2. Face it, Queen of the Classroom is what really makes you terrified for school days. 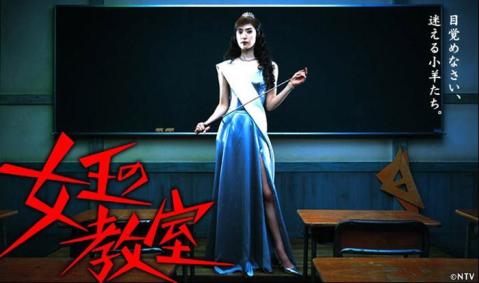 The students in grade 6, class 3 quickly realize that Maya Akutsu never smiles at them and treats them mercilessly. Students are not even allowed to use the bathroom during class time. Maya places a high emphasis on test scores and gives pop quizzes every week. Students who receive the lowest scores, become almost like her slaves as they must perform odd jobs in the classroom. Kazumi quickly falls into the crosshairs of Kazumi Kanda.

A year 1 year battle then ensues between Maya Akutsu, who rules her classroom like a queen, and the students of grade 6.

A doctor who specializes in changing a woman’s fate by letting her choose another lady’s face to take on.

Dr. Kirishima (Masaru Nagai) is a genius plastic surgeon who gives his patients brand new lives. A woman named Kayoko Shimano (Tamae Ando) enters a plastic surgery office and tells the receptionist she wants to change into an entirely different person. Kayoko was recently dumped by her boyfriend and she believes he dumped her because of her looks. The receptionist tells Kayoko to go to the basement of the clinic. When Kayako arrives at the basement office she sees Dr. Kirishima. Dr. Kirishima listens to Kayoko’s story and then takes out a collections of masks and places them on the table. He tells her to choose the one she likes best … Source: Asianwiki

The concept is quite sickening but original right? Basically like extreme plastic surgery (except the lesson here isn’t this) where you stitch someone else’s face onto your own.

4. Byakuyako starts with a boy falling in love with a girl, but then the boy kills his own father and the girl kills her own mother. This might surprise you, but this is one of Japan’s famous television series and has later spurned a Korean film adaptation.

When Ryoji finds out that the object of his father’s perversion is his first love, Yukiho, he kills him. To his horror, Yukiho’s mother forced her to do so to relieve their dire economic straits. Yukiho also retaliates in similar manner by staging a suicide for her mother as well as herself. It’s been 14 years since then and the boy that gave up everything and the girl that waged her life on the boy are struggling to continue to love each other. They grow up attempting to keep it secret and ride out the statute of limitations. In order to protect Yukiho, and improve her life, Ryoji enters the world of vice and dabbles in crimes to support her. Source: Dramawiki

5. The Quiz Show 2 is probably a psychological thriller anyways but still a damn creative one at that. And hey – I’m sure Arashi fans would still enjoy seeing two eye candies on one stage.

When individuals accept the invitation to be a guest on The Quiz Show, they are told the ultimate prize is to have one dream- whatever it is- granted by the show’s producers. What they are not told is that when they sit down in the chair they will be facing questions asked by a mysterious young man that claims to know “everything” about them, nor are they prepared for how personal the questions suddenly become.

Can each guest make it through to the last challenge? Will their dreams really become a reality if they answer every question they are asked, no matter how far into their deepest secrets it digs?

Just what is the purpose of The Quiz Show? Source: Asianwiki