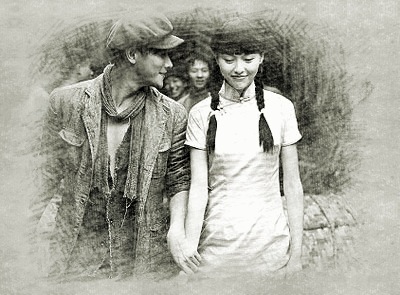 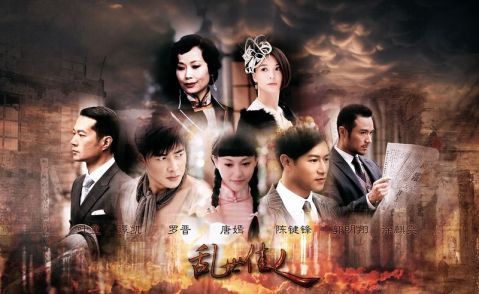 In a nutshell: Cut through the plotting, corruption, gunfights, and our heroine’s three men, you really have a strong girl’s determination and will to change her destiny and her subsequent rise up the ranks in Shanghai’s upper society. Actress Tang Yan’s strongest performance by far. The story was intriguing enough, but I don’t think I could stomach it again.

The cinematography does give an impression of a grand set-up, which is true throughout the series. The rich folks and poor fellows have great disparity in living standards, as portrayed in the series. Luan Shi Jia Ren is not a simple love melodrama. It’s also about loyalty for the country (set in the Japanese invasion of China years). It’s about a girl’s struggles within the fabrics of the social ladder. It is about blood thicker than water – unconditional love from family. It pits the evil guys and the good guys. In addition, this time period marks the Japanese and Chinese war, which is a crucial backdrop to understand this series. You can watch Luan Shi Jia Ren with English subtitles here.

Tang Yan, wow. This may as well been her breakthrough role because Tang Yan portrayed Zhang Lianxin down to a T. I went on an emotional rollercoaster with Lianxin, but in the end, she’s a rockin’ character because she may look soft on the outside, but she’s tough-as-nails.

Luo Jin‘s portrayal of Chong Yang was also fantastic. His devoting and care for Lianxin is one of the highlights of the series. I loved this character the most, so I could go on and on about him but I won’t, for the sake of this review.

He Tian (Sammuel Chan) is born into a wealthy family but has a kind heart. He Tian is admirable because he depends on his effort to become known as a good detective, and in his strive to win the heart of Lianxin. One can’t help but soften the heart at He Tian’s delicate approach in his affections for Lianxin, quite in contrast with Wenjin’s obsessive love.

Other notable characters include the detested villains of the series, Zhang Wenjin and Yamada No. I promise you will use every swear word in the dictionary at some point in the series. Just the mere thought of Wenjin *shudder*. Wenjin is scary because he is a legitimate stalker and merciless killer and a traitor to the Chinese. Yamada is, well, aesthetically speaking, very attractive, but he is downright evil in the same sense. On a side note, both men have a penchant and good taste for men’s fashion (but that only contributes to Wenjin’s screwed-upness).

The Story: The glamor of the Shanghai elite in the 30s was definitely appealing to many. The times certainly changed the life of Zhang Ping’er (played by Tang Yan). She was a maid of the affluent Zhang family. While pursuing freedom and love, Ping’er becomes a pawn in Zhang Wenjin’s plans to overthrow his father, and along with Chong Yang, she’s framed for murder. Upon reaching Shanghai by boat, Ping’er undergoes a name change to wash off her terrible past and becomes Zhang Lianxin. Experiencing numerous hardships together as they fight against Wenjin and the Japanese, Lianxin and Chong Yang become lovers. In order to save Chong Yang, Lianxin rejects He Tian, a wealthy aspiring Sherlock Holmes who loves her deeply, and marries Ma Kun, Shanghai Bund’s most powerful mob boss.

Spoilers ahead, please be warned.

Reasons to Watch: Chong Yang and Zhang Lianxin are too cute! Maybe just this fact is enough to sustain some people through the episodes. Lianxin’s progress to become a well-respected medical person is really inspirational. Ma Kun, who Lianxin marries (for a bit), is a favorite character of mine! This guy is a gentlemen, righteous, and willing to fight for his country at any cost. It doesn’t hurt that he is totally handsome. The finale was a bit unexpected in a good way – not a bad ending.

Reasons to Not Watch: Well, for one, if you can’t stand minor cliches like birth secrets. The fact that Lianxin has a creepy stalker who can track her down and difficult to deter. He Tian’s whole family is annoying. Chong Yang gets tortured by officials, by the Japanese – via methods similar to in kdrama Gakistal. Yes, poor guy! The Japanese performed biological experimentation on Chong Yang, then later on He Tian and Ma Xun (to learn what that is, read this), which was the most repulsive and sad scenes of the later episodes. For all those rooting for the good people, Chong Yang and all the good characters’ endings were very difficult to bear. 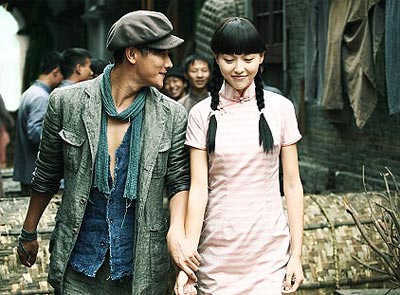 The verdict is… watchable. Entertaining for sure! Solid acting on part of our main leads. However, the angst was excessive, especially on Lianxin and Chong Yang. And show, please do us all a favor and kill off the bad guys earlier!

Seen this series? Tell me what you thought about it in the comments below.