Qi Wei in Upcoming Drama “Another Me On Earth”

Who’s excited to see Qi Wei rocking it in a NANA-inspired outfit? I know I am. 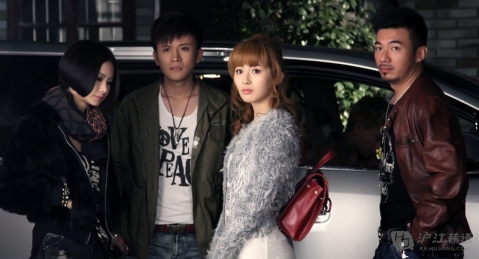 The 26-year old Chinese actress Qi Wei (“Stephy”), who has basically perfected the “strong independent working women” roles, is now playing what seems like a punk singer, which is largely different from her fierce Xiao Rou in Unbeatable and no-nonsense Mo Rou in My Affordable Boyfriend… although, no doubt, she will again leave viewers with a strong, if not memorable performance. 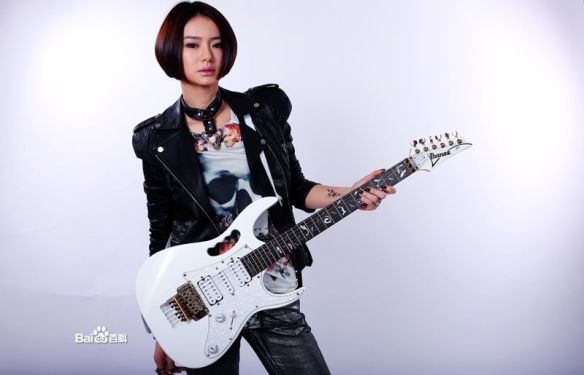 In promotion for the new series, Qi Wei and her Korean co-star Nathan Lee (from kpop band TAKE) reveal a sexy, intimate MV with Qi Wei’s new ballad called “Us”. For those who are wondering, no the song doesn’t actually say anything like beautiful-boy-kiss-me-softly-whilst-we-bask-in-sultry-lowlight. So yeah, it basically doesn’t make sense, but let’s just go along with it since it’s sexy and probably good for the hype.

Being considered the Chinese remake of the popular Japanese anime and live-action movie “NANA”, Another Me On Earth will presumably follow a similar storyline about two women who share the same name (with almost opposite personalities) who meet each other in a big city and the series will chronicle their friendship and their lives as each chases her dreams. What is really hyping the series is the two songs released as a tease for the series, both sung by the actors in the show, Qi Wei and Danny (his stage name is Dong Lai Dong Wang), respectively. Listen to Danny’s “I Was So Close to Happiness” which is presumably the theme song for Another Me On Earth because it kinda gives you a glimpse of the series!

Damn, that Nathan Lee or whoever is handsome. Honestly, I didn’t know he was a Korean star until I looked at the list of actors for the show. But man, who has heard of a kpop group called TAKE? I swear there are way too many kpop bands to memorize and too many that get replaced by newer and fresher faces. Sad. But at least this guy gets to have some exposure in China! Except whenever I type his name in Google the search results give me Seungri from Big Bang who looks nothing like him…

*(Oh yeah, and when will this air? I have no ideaaaaa. Surprise me, Chinese television. All I know is it will be about 40 episodes)