Asian Thriller Movies That You Should See

I don’t watch thrillers often. I’m more of a romantic-comedy type. So how did A Million Won (Korean movie) and Case Sensitive (Chinese movie) make me turn a blind eye to this genre of movies and enjoy the ride nevertheless? 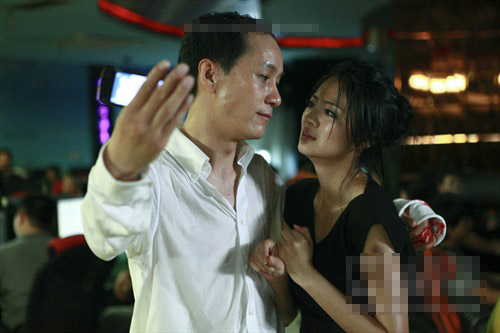 “People are watching you, but they don’t care about you.”

Case Sensitive (敏感事件), a relevant Chinese movie that combines modern society’s obsession with internet videos and a jarring hit of reality. Xiao Ni (Ady An) is an internet celebrity who posts one fake kidnapping video to achieve more hits and popularity. A struggling poet (Feng Yuanzheng) who is her biggest fan gets involved, believing the kidnapping to be real. He kills her boyfriend who was helping her film the faked out kidnapping. In his fury at discovering Xiao Ni’s identity was totally made up – the poet takes Xiao Ni hostage – for real – and locks her in his basement. The real catch of this film is its exploration into the dangers of internet exposure, which is very relevant to today’s digital age (read: internet obsessed people, myself included). I think it’s very insightful, suspenseful, and a very exciting watch; great for even people who are not into the psycological thrillers genre. Ady An and Feng Yuanzheng both deliveredvery powerful,  on-the-spot performances.

Million (10억) is a 2009 Korean movie that takes a predictable story and twists it to an unforgettable watch. This had me ponder about its themes long after completing the film – an indicator of a good movie for me. So the story goes… Eight people of different backgrounds have been selected to participate in a survival reality program in the Australian Outback. The prize: one million dollars. Winner takes all – that is if anyone lives to see Day 7. There’s no turning back as the contestants are pushed to the limits, and turned against each other under the manipulation of the game’s designer. Although the premise is quite familiar, you will enjoy how everything unravels. Million is told, in part, through a flashback of one of the contestants (Shin Min Ah‘s character) and it works surprisingly well – it builds up to the twist near the end of this story.